Home/Gender Liberation and Patronizing
Previous Next

I wrote an article about the sexual abuse crisis exposed on a grand scale in the Roman Catholic Church and pointed to the gender divide, along with other obvious-to-everyone observations, that helped set the stage for this crisis. I grew up Catholic and now reflect on the constant frustration and cognitive dissonance I felt in my immediate family, in my CCD classes, and during mass — about the depth of content and feeling evoked in me with the religious teachings and the absence or shallowness of conversation and lack of connection. There was such insufficient reverence in my formative spiritual experience. It remains the distinction for me between religious experience and, what I have since come to experience and revere as, spiritual resonance.

The same week I wrote about these epidemic transgressions within the Church, my husband was formally admonished for being friendly and playful with a student he coached last year on the soccer field. This student was female. He’s known her his whole life. The admonishment was lighthearted but had a severe undertone – as in “good thing you aren’t the girls soccer coach.” At this point in time, it is still okay for him to reciprocate a hug initiated by his male players but probably not (or at least don’t give a real hug back) if a female player seeks a hug. 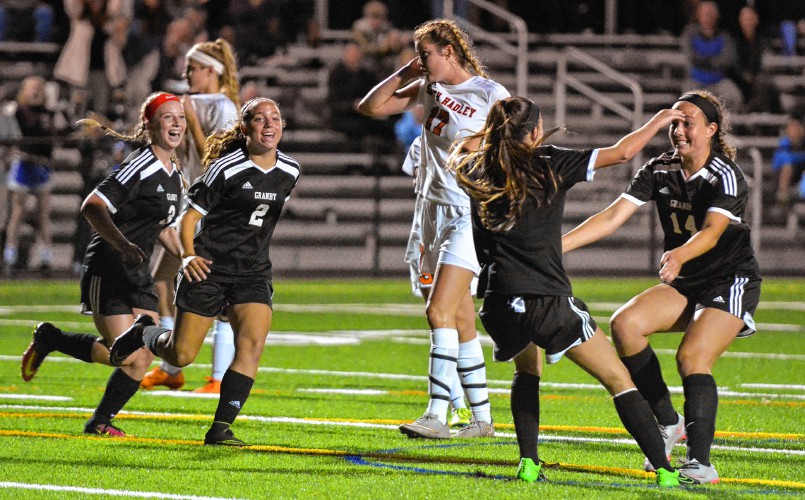 We live in a progressive community. I wonder what this means, truly. I’m in Starbucks writing this (largely because I always get parking tickets when I patronize the local coffee shops. I’ve seen two males here today that evoke in me a sense of appreciation of their lightness of being, a balance which I name as gender liberation – one of whom is unpacking boxes with a worker apron and one was taping a sign on the door and may be the manager. There are substantial communities of creative people where I live – dancers, musicians, writers, artists of many dimensions. Yet I’m not sure which statement is truer: My community is safe and supportive of all expressions of identity; or, My community is educated about and sensitive to gender identity, and know that any ignorant or negative expressions threatening another’s gender will tarnish their own reputation, so they suppress their opinions.

So Much to Unpack

My generation, dubbed Generation X, was raised with complicated and evolving cultural paradigms. I mentioned the iconic epitome of misogynistic behavior, Archie Bunker, to a Generation Y (Millennial) colleague of mine who couldn’t place the name. Unpacking, investigating, and shining light on the buried emotional pains experienced during the formative years is an aspect of aging with grace for all of us. These things take many years, generations, and bridging cultural divides with new language is essential to creating and sustaining the resonance, call it spiritual or not, that makes healing possible.

The word patronize from that paragraph about self expression has me reflecting on the paradox of what it means to support another person (and, by extension, business given the fact that corporations are, unfortunately, legally imbued with the rights of personhood). How is the economic meaning of patronizing evolving? To financially support another is to be a “good” patron.  But isn’t patronizing also something like condescending? Where we leave someone we’re talking with feeling worse that they were before we opened our mouth? As in to screw up your words despite the intention to emotionally support another, which is “bad”. I’m an optimist and believe that we must keep trying when we screw up. That each successive time we use slightly better words to support someone, we become less patronizing, more aware, more attuned to each other.

Do dollars of support resonate with anyone? I have fretted about economic disillusionment for years. Logically we all get the empty promises of consumerism, yet we turn to the grand online merchant Amazon with its harrowing labor practices, hoping the new thing we ordered will make us happier. Maybe with each step we take to become more aware and attuned to each other we become less and less attracted to things for sensation of meaning. Slowly, over time, we can reclaim some of this type of power that grand business has eroded from the populace.

There is comfort in structure. For millennia the canon law helped the male leaders of the church and patriarchy take comfort in this terribly effective structure for suppressing the creative insights of women. How can the longstanding
“comfortable” framework of an entire global religious institution evolve?

[For an inspiring anthropological review of legal oppression of women watch Dr. Amanda Forman’s video, The Ascent of Women]

Don’t we all personally experience expansion of joy and happiness as we face fears, dark emotions, loss and despair? I believe we cannot explore our feminine depths alone. We need support – genuine, compassionate, vested support.

Perhaps the new structures of awareness being put in place to safeguard soccer players from the hugs of their other gendered coaches is a short term comfort while we all take steps to better learn how to express ourselves. Perhaps Pope Francis does indeed have the capacity to catalyze the change the Catholic church needs. But the question lingering for me is this: what are the ways in which I can better support and be supported in a world with so many options for expression alongside so many fears around doing so? All I know is that I want to stand up against  suppression of the creative insights of the feminine within every one of us. I want to say to everyone: the she in me sees the she in you. The he in me understands the he in you. And I believe we are all in this shift together.

What will you create today?

Karen Ribeiro is an explorer of systems and subtle nuances who applies trainings in Polarity and Possibility Management in as many realms as possible, including local politics, renewable energy, and spiritual healing. She has created an innovative system for efficient processing of emotional triggers for clarifying concerns and enhancing life. Karen's InnerFortune journaling process has been adapted for team development and creative problem solving both personally and professionally. She has an MBA and degrees in Marketing and Interpersonal Communications.

This site uses Akismet to reduce spam. Learn how your comment data is processed.